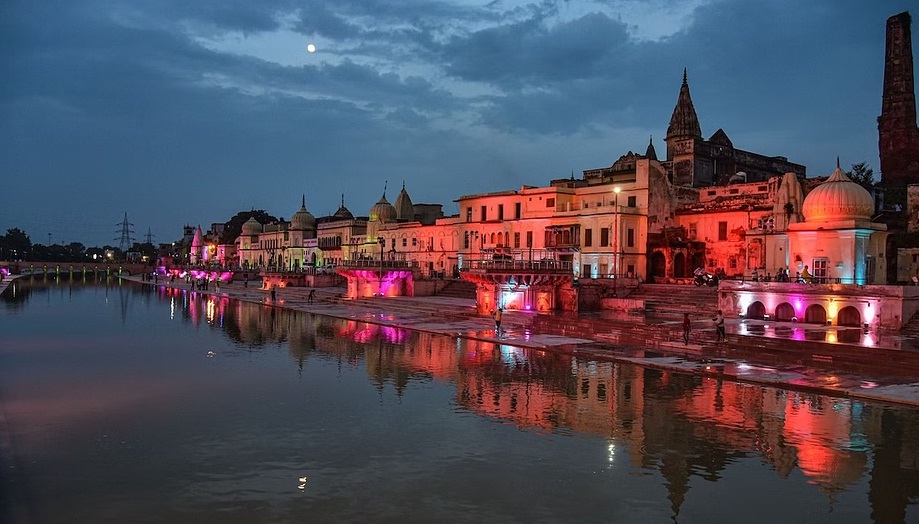 Ayodhya, the much reverred Hindu temple town, is witnessing a silent makeover from a sleepy urban settlement to a global tourism hotspot.

The planned transformation is estimated to cost Rs 30,000 crore or more than $3.5 billion under an overarching ‘Ayodhya Vision 2047’ theme.

The estimated expenditure of Rs 30,000 crore would be borne by the central and the state governments in the predetermined ratio according to the individual sectors and schemes.

The goal is to facilitate the transformation of the ancient temple town into a global religious and spiritual tourism hub. While the Ayodhya international airport is being developed, the proposed New Ayodhya township is waiting in the wings.

Nearly 80 percent of the required land for the proposed New Ayodhya township has been acquired.

The Shri Ram Janmabhoomi Corridor is another blueprint in the works to bolster the tourism quotient of the temple town.

Moreover, the UP government has also proposed to construct the world’s tallest 251 metre Lord Ram statue in Ayodhya.

However, the sum of Rs 30,000 crore does not include the cost of construction of a grandiose Lord Ram temple in Ayodhya. The mega project has been undertaken by a trust namely ‘Shri Ram Janmabhoomi Teerth Kshetra’ with the requisite funds being raised through private donations and crowd funding.

According to the Trust general secretary and senior Vishwa Hindu Parishad (VHP) leader Champat Rai, the Lord Ram temple will cost almost Rs 1,800 crore based on the latest revised estimate.

To retain the momentum, chief minister Yogi Adityanath regularly visits Ayodhya. He has been doing it ever since he took over the reins of UP in 2017 to not only pay obeisance at the makeshift Lord Ram temple, but also review the development projects.

The UP government is primarily focusing on improving the road and air connectivity of Ayodhya to derive maximum traction of the untapped tourism potential.

In recent years, the Deepotsav festival coinciding with Diwali has been celebrated with utmost grandeur and opulence, which has helped the UP government enter the Guinness Book of World Records for lighting the largest number of earthen lamps (diyas) over successive Diwali.

In a similar review meeting last month, Yogi had underlined that projects worth Rs 30,000 crore had been approved by the state and central government for Ayodhya.

“The double-engine government is committed to the composite development of Ayodhya. The government will not only promote the religious, cultural and spiritual significance of the holy place, but also develop basic amenities for the welfare of people,” he said after launching 46 development projects totalling more than Rs 1,000 crore in Ayodhya recently.

Since Lord Ram temple is among the most talked about and anticipated projects in Ayodhya, the CM has been taking keen interest in its progress. The temple construction started after Prime Minister Narendra Modi performed the ‘bhoomi poojan’ (ground breaking ceremony) in August 2020.

Infra major Larsen & Toubro is the main contractor for the temple construction and Tata Consulting Engineers is the project management consultant.

Besides, the Ayodhya Municipal Corporation had signed an MoU with the Indian Institute of Management (IIM), Indore to help develop the temple town as an international tourist hub.