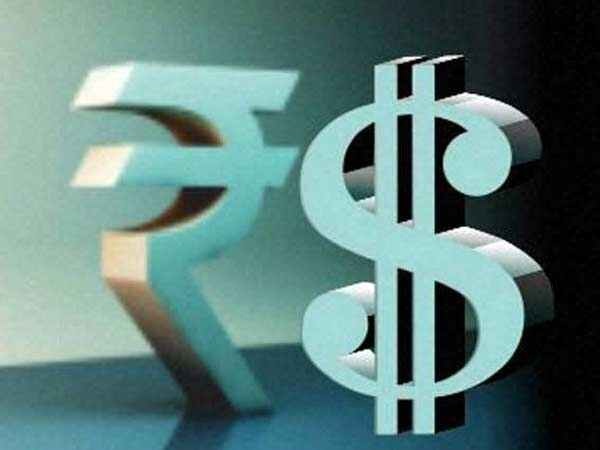 Apart from politics, an average Indian likes to keep abreast of the movement of the domestic stock market as well as the rupee value to US dollar.

This year, the rupee has consistently fallen against the dollar especially post Russia-Ukraine war, which in its fourth month is recasting the global geopolitical landscape.

Rupee has already breached the long defended psychological mark of Rs 80 to a dollar this month!

The recession, including stagflation, runaway inflation and spike in the energy and food prices across the globe has spooked the financial markets. This coupled with the twin hikes in the Federal Reserve (US central bank) rates has resulted in the flight of capital from emerging markets including India to perceptibly safer havens in the US.

This has put tremendous pressure on the Indian currency as well as peers in Asia across the board that is both developed and developing nations.

Even as rupee has lost nearly 6 percent against dollar, Japanese yen has lost almost threefold value at 16 percent. Euro and South Korean won have slipped 7.8 percent and 8.5 percent respectively.

Other currencies viz. Hong Kong dollar, Singapore dollar, Thai baht and Chinese renminbi have also shed value vis-à-vis dollar although in comparatively less margins than rupee. But lost they sure did.

The point to surmise is although the fall in rupee does cause concern among the government and the central bank (Reserve Bank of India) to take earnest measures to ring fence the domestic economy, yet the underlying factors are mostly external, and beyond the direct control of any nation or its agencies.

Understandably, the critics have panned both the Narendra Modi government and the RBI for doing too little, too late to arrest the rupee slide. On its part, the government machinery and the central bank have been trying to allay the fears and worries of the people, without much success though.

In this heady mix, it would surely help to revisit and deconstruct the sticky issue for a better understanding of the holistic situation.

We know that the world is still emerging from the debilitating consequences of Covid-19 pandemic. Just when the global economy was looking to revive and return to normal, the Russia-Ukraine war happened. There is still no sign of the conflagration abating any time soon.

The ongoing war has suddenly pushed up energy and food prices, and stoked uncertainties for future global supply chains across different political and trade blocs. There are already concerns about energy and food security matrices in the developed and developing economies in the coming quarters if a ceasefire is not reached between the two warring countries.

A defiant Putin has already made light of the economic and trade sanctions imposed on Russia by the US and the European Union (EU). The West is now scrambling for options to force Russia to halt hostilities and come to the negotiating table. This is yet to see the light of day.

In effect, the sanctions have clearly backfired on the developed world while putting in jeopardy the economic and financial fabric of the more vulnerable nations.

The precarious global financial, trade and economic spectrum has catalysed the flow of monies, especially portfolio investments, to the US capital and equity markets to hedge against plausible loss in the Asian economies.

Since, the wholesale and consumer inflation numbers were simultaneously hitting the stipulated danger mark in India, the RBI was quick to act to arrest the price rise contagion by hiking the repo rate.

Moreover, the RBI has been selling dollars to arrest the freefall of rupee in wake of a strengthening greenback (dollar). This has pulled down the federal foreign reserve of India from a high of $640 billion to about $580 billion, a fall of more than 9 percent.

While people reckon a falling rupee as a sign of comparative weakness, but at the same it also makes the exports competitive in the global market.

India is among the largest importers of oil and edible oils in the world. However, the edible prices have started to soften, while the country has been proactively buying Russian oil, which is available at deep discounts owing to the West imposed sanctions.

This is to simply drive home the point that a falling rupee would bite and bite for sure, yet not to the extent if fossil fuels and edible oils, which are staple items of the Indian import basket, were not traded at a lower price band.

In this dynamic scenario, Indian exporters and traders have an opportunity to capitalise on the competitive rupee valuation in the global arena.

Clearly, it is the onerous task of the government and the RBI to micro manage the fiscal and economic framework to protect consumers and preserve foreign exchange reserves. Yet, the private sector players have a readymade pitch to gain traction and contribute handsomely to the exchequer with higher revenue collection to offset the fiscal deficit.

The bottom line is devaluation and appreciation of a currency is a dynamic function. It should serve the desired goals depending upon the prevailing economic matrix and not just preconceived notions by armchair economists and commentators.