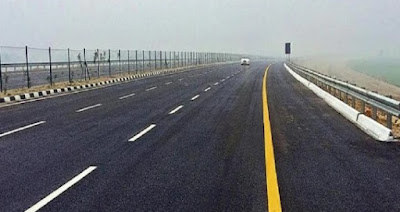 Getting a shot in the arm, the mega 600 km Ganga Expressway project, estimated to cost more than Rs 36,000 crore, received the critical Environment Clearance (EC) on Saturday.

Ganga Expressway is among the most prestigious and ambitious projects of the Yogi Adityanath government in Uttar Pradesh.

According to nodal agency UP Expressway Industrial Development Authority (UPEIDA), the EC issued by the UP State Environmental Impact Assessment Authority (SEIAA) has paved the way for the development of the project.

It will be among the longest access controlled expressways in the world once completed.

The central standing norms mandate that such mega infrastructure projects secure a green certificate before they could be undertaken for actual development.

In fact, the UPEIDA has invited global bids under the Design Bid Finance Operate and Transfer (DBFOT) template of public private partnership (PPP) mode for the project.