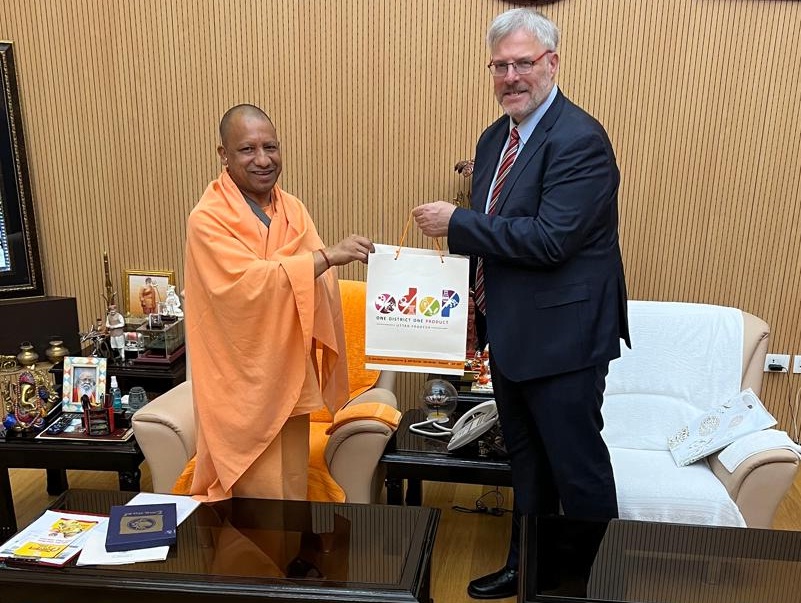 Israel will partner with Uttar Pradesh in an array of sectors including police modernisation, industrial development and defence manufacturing, Israel envoy to India Naor Gilon said on Monday.

Gilon, who called upon UP chief minister Yogi Adityanath at the latter’s official residence here, said Israel will transfer technology in the defence sector, police modernisation and industrial development.

Israel and UP will constitute a joint working group to take the agenda forward. The areas of cooperation also include agriculture, boosting farm income, irrigation, potable water especially in arid Bundelkhand region and water conservation.

“India and Israel share strong strategic and political ties, which were further fortified after the visit of Prime Minister Narendra Modi to Israel in 2017. The two countries have been closely working in new areas,” Gilon underlined.

Israel and UP are actively cooperating in various sectors, including agriculture, irrigation and water conservation. Such partnerships would now be further strengthened, the two leaders said.

Two centres of excellence have already been established in UP at Basti and Kannauj districts with the cooperation of Israel.

Meanwhile, Yogi has sought the cooperation of Israel in setting up centres of excellence devoted to horticulture and vegetable production.

“UP Defence Manufacturing Corridor is full of investment opportunities for Israel. UP has ample land and human resources, while the state government is facilitating availability of resources to companies looking to invest in defence manufacturing,” he noted.

The CM stressed the defence manufacturing landscape was particularly amenable to Israel, since it boasts of unmatched experience in drone and anti-drone technologies.

He said UP Police was among the largest civil police forces in the world even as the state was working steadfastly on modernisation. Israel could cooperate in setting up modern forensic labs.

“UP has a large consumer market given the state’s population base of 250 million people. Apart from agriculture, the food processing sector offers vast growth potential,” Yogi added.

He also highlighted the proposed medical devices park at Yamuna Industrial Expressway near New Delhi as an ideal investment project for Israel.