Yogi government 2.0 assumes office in UP 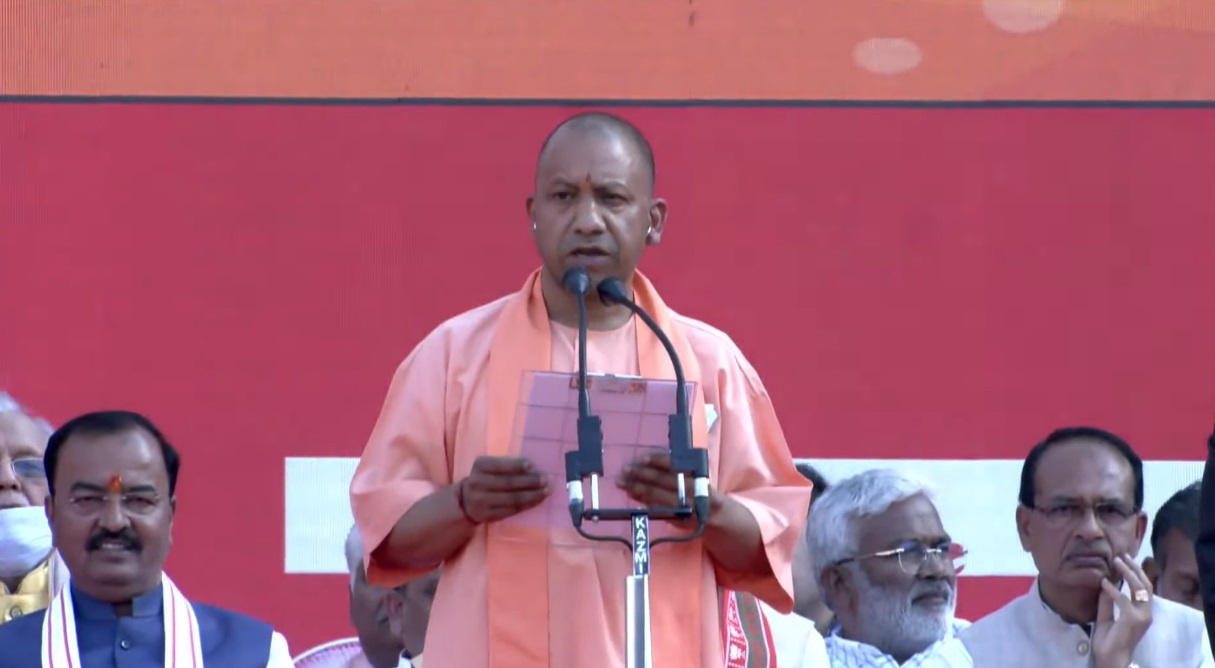 Yogi Adityanath on Friday assumed the top post of the Uttar Pradesh chief minister for the second consecutive term in the presence of Prime Minister Narendra Modi.

Yogi has become the first CM in UP after a gap of more than 35 years to return to power after trumping anti-incumbency and an aggressive opposition. He was administered the oath of office and secrecy by UP Governor Anandiben Patel.

In all, 53 people including Yogi took the oath at the ‘Bharat Ratna Shri Atal Bihari Vajpayee Ekana Cricket Stadium’ in Lucknow.

While Keshav Prasad Maurya and Brijesh Pathak have been made deputy CMs, 16 and 14 legislators were sworn in as the cabinet ministers and ministers of state (MoS) with independent charge respectively; besides, 20 legislators were administered oath of office as MoS.

Dinesh Sharma, who was a deputy CM in Adityanath cabinet 1.0 has been dropped this time, while Pathak stepped in to keep the Brahmin community in good humour.

Meanwhile, MoS Danish Azad Ansari would serve as the Muslim face of the new government. BJP member of legislative council (MLC) and former cricketer Mohsin Raza has been dropped.

Arvind Kumar Sharma, an MLC has been anointed a cabinet minister. Sharma, a former bureaucrat of Gujarat cadre is considered close to Modi and was instrumental in making Vibrant Gujarat a success during the latter’s stint as the Gujarat CM.

Even as some of the Adityanath 1.0 ministers have been retained in the new ministry, some new faces have made their entry to give representation to different communities and regions.

BJP dalit faces viz. former Uttarakhand governor Baby Rani Maurya and former Indian Police Service (IPS) officer Asim Arun have been anointed as the cabinet and minister of state respectively. Arun had elected from Kannauj, which is considered to be a stronghold of opposition Samajwadi Party (SP).

Since 2024 Lok Sabha polls are merely two years away, the BJP is now preparing the ground for the next major battle at the hustings.

Meanwhile, the CMs of different BJP ruled states, including Madhya Pradesh, Uttarakhand Assam, Haryana, Manipur etc, were also present at the gala swearing in ceremony, which was attended by about 75,000 people.