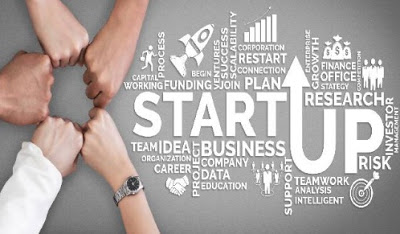 A startup wing of the Indian Institute of Technology (IIT) Kanpur has collaborated with a startup platform of Korea to promote technologies suitable for the Asian markets.

The Startup Incubation & Innovation Centre (SIIC), the technology business incubator of IIT Kanpur, has signed an MoU with Korea Startup Forum during the COME UP Startup Festival to promote Korean and Indian startups and collaborate for technology development for the Asian markets.

The Festival, one of the largest startup events in Asia, was organised recently in Seoul, South Korea. It witnessed a footfall of more than 20,000 attendees from across the world.

Under the MoU, SIIC will provide opportunities for co-incubation and technology exchange to Korean Startups. Similarly, Indian Startups are expected to benefit from innovative Korean technology solutions and develop world-class products for global customers.

“Large Korean firms such as Hyundai, LG, and Samsung have a significant presence in India; our long association can potentially benefit the Korean and Indian startups in form of tech exchange, investments and collaboration,” Agarwal said.

“India is a hometown of qualified talents. I believe a lot of Indian talents will get a chance to work with promising startups carrying great growth potential. Also, many Indian startups can penetrate the Korean market to access venture capital as well as build various business collaborations with big corporates,” Sungjin Choi noted.

“India is a diverse market that Korean startups should pay attention to. Therefore, the partnership between KSF and SIIC, IIT Kanpur will accelerate immense opportunities between both economies,” Forum COO Josh Choi said.

Meanwhile, IIT Kanpur has invited the Korean startups to avail of the incubation services at IIT Kanpur’s Artificial Intelligence – Centre of Excellence in Noida. The Centre is supported by the Uttar Pradesh government and the Federation of Indian Chambers of Commerce & Industry.

UP government to partner IT giants to empower youth