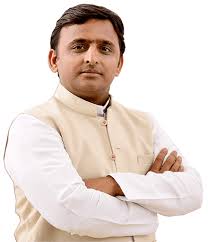 Yadav, who is currently the Member of Parliament (MP) from Azamgarh, is seeking to make his debut in the UP legislative assembly with his nomination. He is the main challenger to chief minister Yogi Adityanath.

Karhal is slated to witness polls on February 20 in the third of total seven phase elections in UP. The assembly constituency is in the vicinity of Saifai village in Etawah district, the native place of the Yadav clan.

Interestingly, Adityanath, who is currently the member of the UP legislative council or Upper House, will also try his luck from Gorakhpur Urban assembly constituency for the first time.

Both Yadav and Adityanath have either been the members of the Lok Sabha or UP legislative council so far.

Before filing his nomination, Yadav observed the 202 UP polls would scrip a new history for India even as he exhorted people to defeat the negative narrative in politics. He underlined he was striving for ushering in a positive template of politics with progressive discourse.