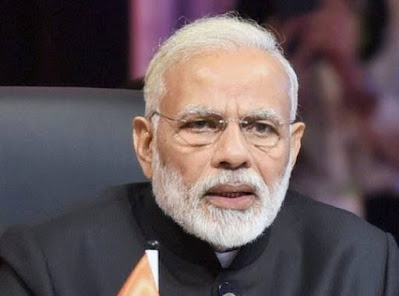 “The Jewar airport will play a major role in giving a fillip to the fast development of the Indian aviation sector as well as the roadmap of the domestic airlines to purchase hundreds of new aircraft,” Modi said in his address.

The first phase of the mega project, which is estimated to handle 12.5 million passengers annually, is expected to be ready in 34 months or by 2024. It is projected to be the Asia’s biggest aviation hub.

He informed the project will comprise a modern MRO (maintenance, repair and overhaul) facility spread over 40 acres. “Today, 85 percent of Indian aircraft are sent abroad for the MRO services, costing a staggering Rs 15,000 crore every year. While the entire Jewar project will entail Rs 30,000 crore, the country incurs a capital outflow of Rs 15,000 crore every year on the account of MRO. This situation will soon witness a turnaround with the project.”

The PM noted the airport project has put Jewar on the global aviation map, and it will serve as a veritable ‘logistics gateway’ for North India.

“We are developing superior infrastructure keeping in mind the requirements and aspirations of 21st century India across the spectrum including highways, expressways, airports, health facilities, metro rail etc,” he added.

He observed that a landlocked state like UP would benefit immensely with the Jewar aviation hub and it will catalyse a transformation of the state’s social, tourism, industrial and economic landscape.

“Powered by the present ‘double engine’ government, UP is now making a mark on the international scale with superior infrastructure projects in different sectors,” he said, adding the state had emerged as a major investment hub for national and international investors.

Once Jewar airport is ready, UP would become the only state in India with five functional international airports including Lucknow, Varanasi, Kushinagar, Ayodhya and Jewar.

Meanwhile, UP chief minister Yogi Adityanath thanked about 60,000 farmers for readily giving their land for the mega project in the larger public interest. The state government has allocated Rs 3,300 crore for the rehabilitation of people displaced due to the ongoing construction of the airport.