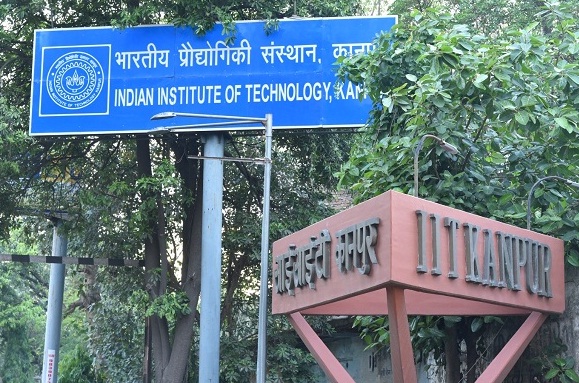 The mobile app based soil testing device is aimed at curbing the practice of fertiliser overdose due to lack of relevant information.

The market launch has been facilitated by its licensee AgroNxt Services, which is an
agritech company. The rapid testing device can detect soil health in 90 seconds. It will assist farmers in obtaining soil health reports along with recommended doses of fertilisers.

The wireless soil tester requires 5 grams of dry soil for detecting macronutrients. Once soil is poured into the 5 cm long cylindrical shaped device, it connects with the mobile phone through Bluetooth. The results appear on the screen in the form of a soil health report, which is accessible on cloud service.

It was developed by a team led by Prof Jayant Kumar Singh from the IIT Kanpur Department of Chemical Engineering, and comprising Pallav Prince, Ashar Ahmad, Yashasvi Khemani and Mohd Aamir Khan.

The device is based on Near Infrared Spectroscopy technology that provides real-time soil analysis reports on smartphones with an embedded mobile application named Bhu-Parikshak available on Google Play Store.

“Our objective with Bhu-Parikshak is to offer farmers relief in terms of testing the health of soil. This is a task that is usually very tedious as they have to rely on faraway laboratories,” IIT Kanpur director Prof Abhay Karandikar said.

AgroNxt Services is an incubatee at IIT Kanpur’s Start-up Innovation and Incubation Centre (SIIC), which is engaged in providing a platform for catering products and services to the Indian farmers.