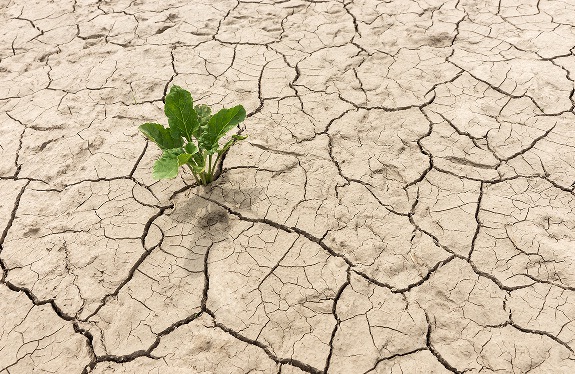 With the spectre of drought looming large on Uttar Pradesh, the output of major kharif crops including paddy is likely to be hit in the state.

According to latest available data, 19 of the total 75 districts in UP have received less than 40 percent rainfall so far, while 33 districts have received only between 40-60 percent downpour.

Against the total sowing target of 9.6 million hectares (MH) for kharif crops in 2022-23, the state has clocked about 9.32 MH, which is less than 98 percent of the seasonal target. Last year, till August 20, kharif crops acreage had touched almost 9.9 MH.
As such, the state government is anticipating a downfall in the kharif sowing pattern and subsequently output.

Although the rainfall situation eased considerably after July 19, yet the aggregate downpour in the state is still much lower than the normal monsoon markers.

“The farmers should be compensated for the shortfall in crop production. The farm community needs to be provided additional relief in wake of the prevailing circumstances,” he underscored.

The CM also ordered for increasing power supply in the rural areas for irrigation purposes and not to snap the power connection of tube wells over non-payment of bills.

“The state should brace up for every eventuality in the worst affected districts,” he said while directing officials to apprise the central government of UP’s kharif sowing position.

Meanwhile, he said the farmers should also be encouraged to cultivate horticultural and alternative crops to tide over the crisis of deficient rainfall this season.

Besides, the agricultural, revenue, irrigation and relief departments have been advised to be alert over the prospects of heavy rainfall in the coming weeks in the remaining monsoon period.