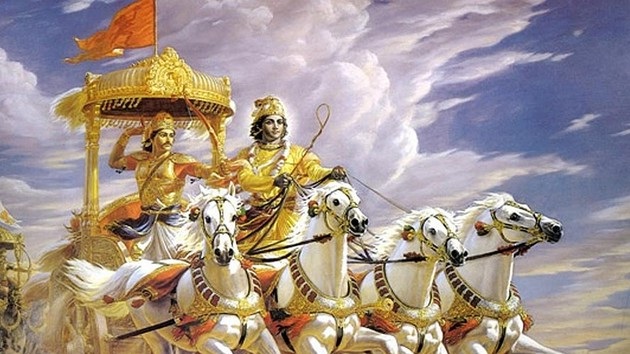 Looking to showcase the rich historical and cultural heritage of Uttar Pradesh, the Yogi Adityanath government has embarked upon a mission to develop Mahabharat Circuit.

The idea is to tap the abundant tourism potential of popular sites dating back from the Mahabharat era to the struggle for Independence.

Besides, Bundelkhand Circuit will be developed as part of the same mission and reviving the memories of Rani Laxmibai and Maharaja Suheldev.

UP tourism principal secretary Mukesh Meshram said efforts are being made to improve the infrastructure and other facilities for tourists in a phase-wise manner at all the significant historical sites.

“The government is trying to promote these sites as brands in order to attract visitors,” he added.

Meanwhile, work is underway to build a grandiose bronze statue of Maharaja Suheldev, depicted riding a 40 foot horse, in Bahraich district at a cost of Rs 45 crore.

Similarly, a Detailed Project Report (DPR) is being drafted for the proposed light and sound show at Maharaja Bijli Pasi Fort in Lucknow.

The land of Bundelkhand is synonymous with bravery and endearing culture. An exquisite pond at Charkhari (Mahoba) built by the Chandel dynasty, which never dries up, is a major attraction for tourists.

Similarly, Kalinjar Fort at Banda as well as heritage sites in Jhansi, Deogarh and Lalitpur are some of the main attractions for domestic and foreign tourists.

Besides, the Chunar Fort in Mirzapur district, the origin of the popular stories of Chandrakanta epic, which was built by Emperor Vikramaditya of Ujjain in the 16th century, is also a major attraction for tourists.

According to the state government, some great personalities and historical places of UP were perennially neglected by historians. These are now being promoted to inculcate a sense of national pride in the present and future generations.

In this context, the state is constructing a memorial of Chhatrapati Shivaji in Agra, apart from developing Maharaja Bijli Pasi Fort in Lucknow as a world-class tourist destination.