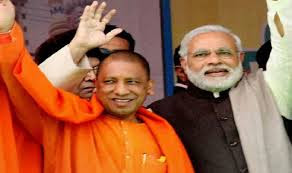 The airport is projected to be the biggest in Asia and the first net zero-emission airport of India once completed. In fact, the mega aviation infra project spanning different phases will involve an investment of almost Rs 30,000 crore.

Once Jewar airport is ready, UP would become the only state in India with five functional international airports.

On October 20, Modi had inaugurated the Kushinagar International Airport in Eastern UP even as the work on upgrading Ayodhya airport to handle international flights is also underway.

The Noida airport is being positioned as a mega logistics gateway for Northern India. It will enable Indian manufacturers and exporters to tap the global markets in the US, Europe, Gulf etc.

“The mega airport project in Jewar will not only give momentum to the development of the region, but fast track UP’s overall growth as well. Prime Minister’s ambitious GatiShakti National Master Plan has infused a sense of urgency for infra development of the state,” a UP government spokesperson said here on Wednesday.

Meanwhile, UP government has allocated Rs 3,300 crore for the rehabilitation of people displaced due to the ongoing construction of the NIA.