Modi for investing Defence Budget on ‘Make in India’ 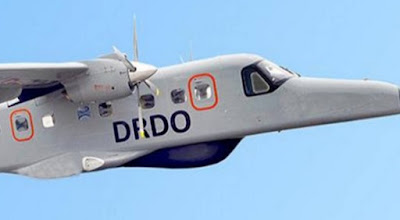 Prime Minister Narendra Modi said on Friday evening the Centre was promoting military hardware manufacturing under the ‘Make in India’ theme so that the Defence Budget was invested in local companies.

Addressing a public meeting in Jhansi district of Uttar Pradesh, Modi lamented India was earlier known as an arms importer since the domestic defence manufacturing capability was largely non-existent.

“Today, our mantra is ‘Make for India’ and ‘Make for the world’ in defence manufacturing,” he said adding the defence ministry had prepared a list of 200 military items to be sourced exclusively from Indian companies.

Meanwhile, the PM laid the foundation of Rs 400 crore Bharat Dynamics Limited plant, which will manufacture anti-tank guided missiles. The proposed plant will span 183 acres in Jhansi, which is one of the six nodes of the UP Defence Corridor.

He had arrived in Jhansi to partake in the concluding day of ‘Rashtra Raksha Samarpan Parv’. He handed over indigenously developed defence ware including light combat helicopter (LCH) to the Indian Air Force (IAF), drones to the Indian Army and advanced electronic warfare suites for destroyers, aircraft carriers and frigates to the Indian Navy

“The Bharat Dynamics plant will offer renew power and confidence to forces and our borders will be more secure,” Modi noted.

The PM observed history showed India never lost any war due to the lack of courage or strength but military resources. “When India got independence, we had the experience and opportunity to ramp up our defence capabilities,” he said, adding his government was now working with the same pledge and vigour.

He said the UP Defence Corridor will play a pivotal role in making India self reliant in defence manufacturing.

“Due to lopsided policies of the previous governments, Bundelkhand witnessed exodus of people. Now, the region will become a hub of national and international investment. The arid zone is sowing the seeds of development,” he underlined.

Meanwhile, defence minister Rajnath Singh said India would soon attain 90 percent self-reliance in defence procurement from 65 percent at present. “We already export defence products to 70 countries and have attained 65 percent of self reliance in procurement, whereas earlier we were importing 65 percent of our requirements,” he informed.

He noted India was gradually being known as a defence exporter rather than an importer.