Yogi 2.0 to give modern makeover to Khadi 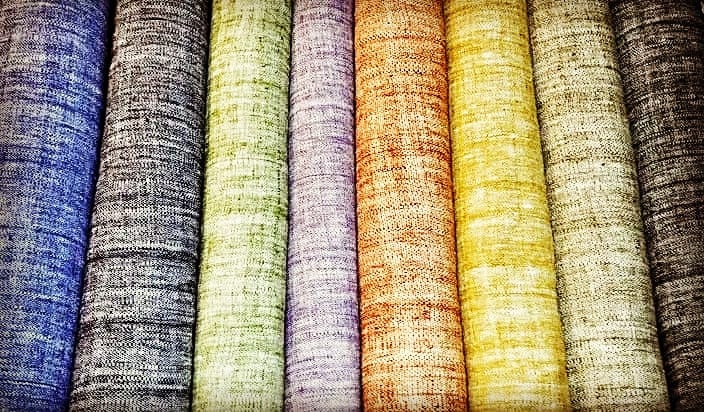 The humble yet ethnic Khadi fabric will get a modern and chic makeover in Uttar Pradesh to augment its appeal among the youth and millennial.

To augment its aspirational and style quotient, the Yogi Adityanath government 2.0 will rope in top fashion designers and institutes such as National Institute of Fashion Technology (NIFT) to enrich the Khadi value chain in the state.

Moreover, the state Khadi department will facilitate the modernisation of the production centres to improve the quality of yarn, while solar charkhas (spinning wheels) will be distributed on a large scale.

Khadi products will be aggressively integrated with leading ecommerce platforms including Amazon, Flipkart etc for national and global marketing and branding matrix.

In India, Khadi is widely reckoned as a proud symbol of ‘swadeshi’ (indigenous), self-reliance, self-respect and self-employment.

“The Yogi government will provide further refinement to Khadi sphere which has unending promises, possibilities and potential. The range of Khadi products will be enhanced beyond just clothes to shoes, bags, fancy purses etc,” a senior state official said.

Overall, the department is targetting to distribute 5,000 solar charkhas in the next five years. At present, there are 14 government Khadi centres in different districts of the state.

The government has prepared a Khadi action plan for the next five years. Under the Pandit Deendayal Khadi Marketing Development Assistance Scheme, 25,000 farmers and weavers will be benefited due to the expansion in the market scope of Khadi products.

A Khadi centric industry could be set up with minimum structure, less capital and less risk, while it is considered to be most employable sector at the local level in terms of capital.

“Mostly women are associated with the task of making yarn. Therefore, by making them self-sufficient, the Khadi mission is also helpful in economically empowering them,” UP additional chief secretary Navneet Sehgal said.