Deloitte to make blueprint for UP become a $trillion economy 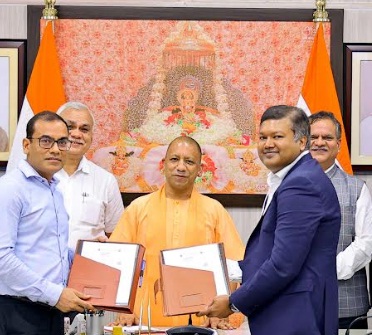 On Friday, the Yogi Adityanath government 2.0 signed a memorandum of understanding (MoU) with Deloitte India in this regard.

Deloitte will draft a region-based economic strategy and submit a comprehensive action plan in 90 days.

On the occasion, chief minister Adityanath envisaged ‘UP for UP, UP for India, UP for Global’ catchphrase and asserted now is the time for the state to realise its potential and contribute to the multidimensional development of the country.

He has set a target of 5 years to achieve the ambitious goal of UP hitting a $trillion in its gross state domestic product (GSDP) matrix.

Deloitte will make an in-depth sector-wise analysis to prepare its blueprint, which will be examined by a high-level committee headed by the UP chief secretary. Later, the Group of Ministers (GoM) will also review the proposal.

“The potential and resolve of the state during the pandemic were appreciated globally…despite challenges, we have succeeded in doubling the state’s economy in three years,” the chief minister underlined.

He said connectivity has improved in the state with five expressways being constructed and nine airports becoming functional. The first inland waterway is operating from Varanasi to Haldia.

Besides, the state government is working aggressively on eight aspirational districts identified by NITI Aayog. These include Balrampur, Siddharthnagar, Sonbhadra, Chandauli, Fatehpur, Chitrakoot, Bahraich and Shravasti.

These UP districts are among the top 20 list out of a total of 112 aspirational districts in the country.