UP lays out red carpet for Australian investors 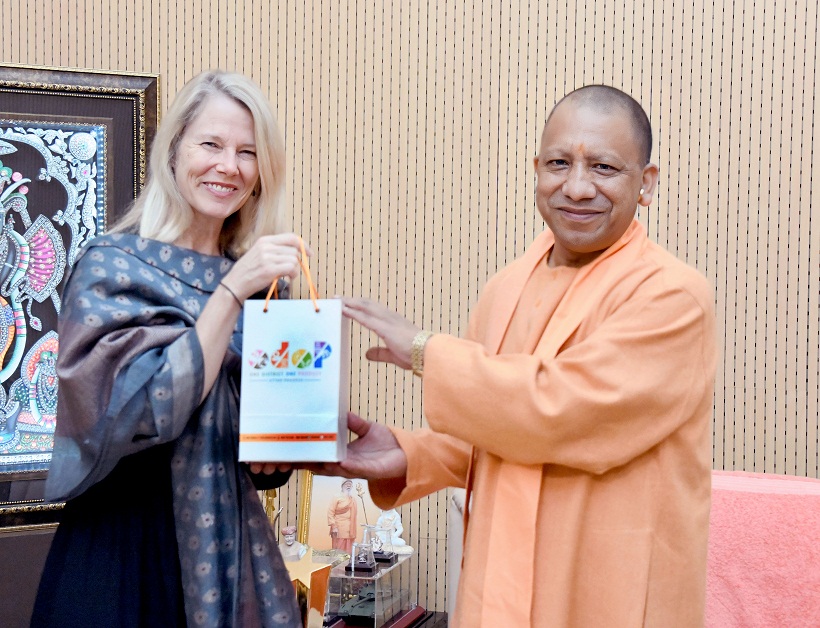 Uttar Pradesh, which is bracing up to host a mega global investor summit early next year, has rolled out the proverbial red carpet for the Australian companies and investors.

Chief minister Yogi Adityanath has invited Australia to partner the state for the ‘UP Global Investors Summit 2023’ for mutual benefits.

A delegation of Australian investors led by the country’s Deputy High Commissioner to India, Sarah Storey, today called upon the CM at his official residence here.

The two leaders discussed a host of issues including potential investment areas in the state.

The UP government is targetting to garner private investment worth Rs 10 trillion at the mega Summit in Lucknow during February 10-12, 2023.

In fact, senior UP cabinet ministers and top officials have begun their global roadshows to drum up support for the event and invite investors to the state. Yogi is also slated to visit some countries in this regard.

Team UP is currently camping in Frankfurt, Germany meeting business leaders in Europe’s biggest economy and seeking investment in a gamut of sectors.

Meanwhile, Yogi told the Australian delegation that UP was India’s most populous state and endowed with rich natural, agricultural and human resources with the state topping the domestic food grain and ethanol production charts.

“Abundant with natural resources, UP is fast gaining an identity of India’s growth engine,” he underlined.

Yogi said the state was working towards ramping up basic infrastructure and faster connectivity to improve logistics and facilitate industry to tap the domestic and international markets.

He recalled UP already has six operational expressways, while seven new expressways were in pipeline, which would further catalyse the targetted global road connectivity.

“UP will soon become the only Indian state with five international airports even as the country’s first inland waterway is also functioning. The state has the largest railways network,” Yogi said.