Crypto currency should not be banned: ex-SBI chief Rajnish Kumar 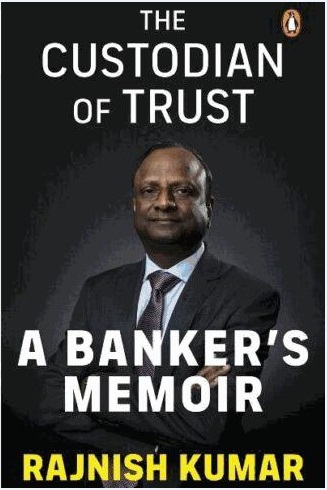 Former State Bank of India (SBI) chairman Rajnish Kumar on Sunday said although crypto currency was still in the realm of speculation and vagueness, it should not be banned by the government.

Interacting with a select gathering in Lucknow, Kumar said the crypto currency milieu was still largely undefined globally since it does not meet the norms of either a currency or a commodity.

“In fact, the term crypto currency is a misnomer. Crypto is basically a software spread over a large number of computers at different locations. It is neither backed by real asset such as gold nor it has still been accorded the status of a legal tender, except by the Latin American country El Salvador,” he noted.

He underlined there were remote possibilities for crypto becoming a legal currency anytime soon in India as well as elsewhere, although he maintained a ban would only push its transactions into the black or unaccounted sphere.

“I personally feel that crypto should be treated as a digital asset and should be regulated and taxed accordingly,” he said adding the Reserve Bank of India (RBI) was already seized of the matter to chart out the future course of action in this regard.

Kumar was in town to talk about his latest book ‘The Custodian of Trust: A Banker’s Memoir’ which narrates his term as the SBI chief through the tumultuous time of the aftermath of demonetisation, rollout of Goods and Services Tax (GST), domestic banking sector consolidation and Covid-19 pandemic. The book is interspersed with anecdotes drawn from his professional and personal lives.

The special evening was organised jointly by the Lucknow Management Association (LMA) and Jaipuria Institute of Management (JIM), Lucknow.

Meanwhile, he said an overwhelming majority of the people still reposed greater trust on the public sector banks, primarily owing to the government ownership of the lenders.

Published by Penguin Random House India, the hardbound book details his modest journey from Meerut in Uttar Pradesh to becoming a probationary officer (PO) in SBI in 1980 and finally rising to the post of the chairman of India’s largest banking group in 2017. After a three year stint, he retired in October 2020.

Recently, India’s top two-wheeler maker Hero MotoCorp announced the appointment of Kumar to its Board as Additional and Independent Director.

Banks to increase branches in poll bound UP